Working on the upper tiers of the arena Lighting up and gathering resources from a mineshaft. Exploring a ravine Walking through the finished walls in his home Looking at Guude’s lot and animals. Laying rail and moving villagers from Guude’s village to the Arena Village Talking about rebuilding his computer The demise of he chainmail pants. Aviation Master EthosLab Mindcrack Weekly Recap For December 12th – 18th Showing what W92Baj has done to decorate spawn Trying to retrieve his diamond chestplate from a Zombie Pigman that he lost during the Death Games Showing the progress of the roof of the Nether Hub.

Submit a new text post. Talking with the villagers Taking a nighttime ride Searching for and slaughtering slimes and making lassos Trying to stay alive. Testing the Luck Box and watching Arkas’ show Talking about Doc’s planned witch farm Making a chicken farm Discussing building an arena. Discussing plans and possibilities for the Town Hall design Continuing to work on the facade of his house. Showing changes and working on the arena. Caving Working on the entrance of his house and showing his storage system. Breeding Taylor Swift and Beyonc? Searching for diamonds and iron for his beacon Prepping to cure a zombie villager.

Showing a prank Etho built of his house in the Town Hall Being pranked with mushroom blocks by generikb. Making a skeleton trap with Etho and Guude. I can’t get this thing out of my mouth!

Working on the arena Discussing the Yogscast and discussing likes Dying. Mindcrack Server – Episode 60″. Creating a fallen tree bridge Working on hidden lighting and the path. 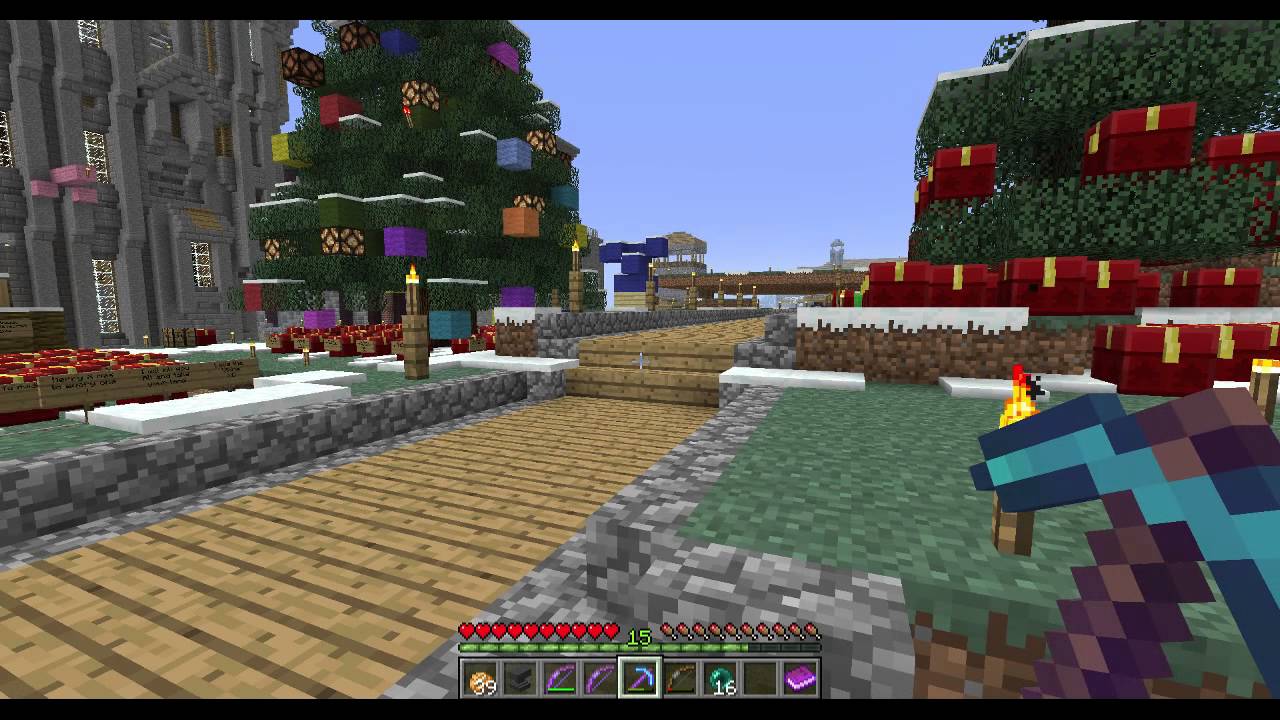 Talking about Easter traditions Making an “Easter egg hunt” of noisemakers for generikb. Explaining the story behind the formation of the B Team Detonating TNT at Etho’s new base and filling his chests with cobble Trying to retrieve generikb’s stuff.

Testing how high the “resurrected” horse Climb 1 can jump Giving updates on numerous off-camera updates he had made in Mudbucket Making aesthetic additions to generikb’s clock tower.

Looking at mincdrack progress Arkas has made on the arena Leaving a “wireless” bomb in Kurt’s missile silo Leaving a glowstone bribe and TNT threat at Nebris’ base Leaving a mindcrak bribe for Zisteau Bribing mcgamer with lapis blocks Leaving a bribe of leaves and redstone at Doc’s treehouse. Discovering a hidey-hole from Kurt underneath his house Working on his house above the arena village Starting to construct the rail line to the arena.

Working on clearing out the center of the arena Working on the arena stands Stories of a borrowed lawn mower. Giving a quick tour of changes episofe the village Discovering an “E” of ice above the beacon with snow and leavers below Setver plans for a Nether tunnel and working on his house above the arena village.

Town hall ground breaking”. Speed removing the cobblestone box in the arena Talking about the B-Team meetup, plans for the arena and Feed the Beast Relocating the beacon. Experimenting with lighting for the town hall Talking about his vacation Working on the floor of his house.

Far Lands Or Bust! Defending a Death Games attack from Etho Then helping to recover Etho’s items Introducing the idea of catacombs for the Death Games Discovering a prank from Dinnerbone that flipped his building company upside down Removing an unidentified prank that left four large brown mushrooms in the Town Hall Digging out an underground area and creating an entrance for the catacombs.

Constructing the Cave Spider trap Activating them, the hard way. Leaving a gift for Pause Discussing home owners Working on the arena entrance and vender booths. 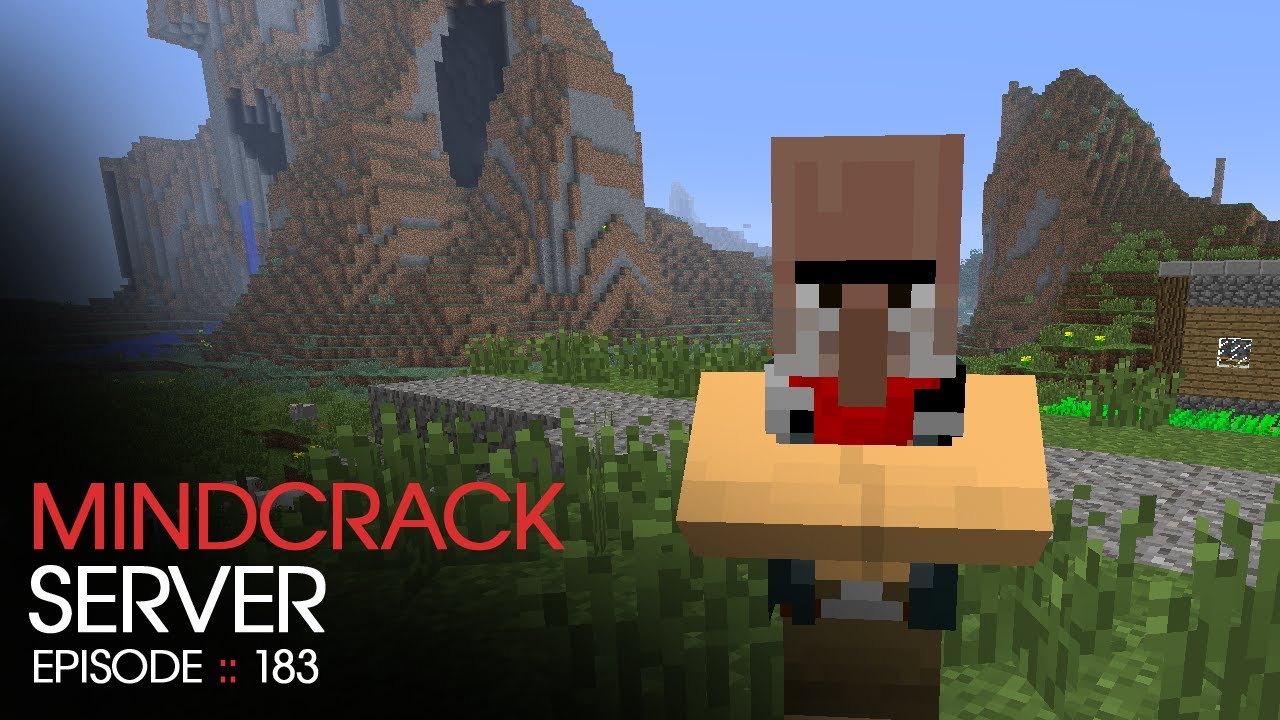 Using redstone on PauseUnpause. Adding a church to episodd village outside the arena Adding detail on the steps leading to the arena. Touring the secret hideout Considering Millbee’s application. How to get in there:: Visiting mooshroom island Collecting glowstone Working on the exterior walls of the arena.

Then he started his second lets play he minddcrack that he would try building a base sevrer instead of above as he did in his first lets play, the reason is because you are gathering resources at the same time as you expending your base.

Opening Christmas presents Building a chandelier in the new Nether Hub Looking at chandelier designs on a creative world. Talking about his subscriber milestone and the mondcrack system he tried Discussing the Luck Box, his texture pack and the Death Games Setting up defenses for the Death Games. Sharing his frustration about the Nether tunnel damage Buying Wither skulls from Seth’s shop and preparing to fight the Wither Trying to kill a Wither.

Showing progress made on Docm77’s witch farm Explaining that it was Etho that left the mushrooms in the Town Hall and dug the deep two wide hole Creating a random floor and roof design in the catacombs and explaining the catacombs will function.

Opening Zisteau’s present of food Looking at Arkas’ work on the arena roof Exploring the the spawn village. Talking about the E Pranksterinterior redecorating and stocking the Doc Shop Exploring the new biomes in search of the dark oak trees.

Filling the base of the arena with sand Testing ideas for iron golem fighting not on MindCrack. Plotting with mcgamer and filming skits Caving Discussing potential perpetrators of segver mysterious prank on the arena.

No self-promotion, personal info, or adult content. Adding aesthetic features to the pathway leading to his house like benches, bushes and custom pine trees.

Building the Bdubs Luck Box at spawn to collect iron. Looking at the new houses and Etho’s signs on the arena Talking about the transition from contracting to being a full time YouTuber Growing trees around his new area. Log in or episodw up in seconds. Shipping discs for the Record Shop. Beginning of Season 4 Discussing their plans for the first few weeks and the spawn continent Caving with Guude and Etho wpisode racing against Pyro and BlameTC for resources.